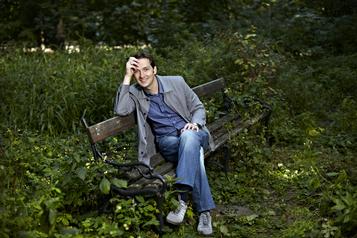 Gerald Resch, born in Linz, Austria, in 1975, studied composition with Michael Jarrell at the University of Music, Vienna, from 1993–2000. A scholarship at the music university Cologne, where he worked with York Hoeller, stimulated Resch’s interest for working with organic sound sculptures. From 2001 to 2002 Gerald Resch was a postgraduate student of Beat Furrer in Graz which was an important experience for the development of musical economy.

Since 2004 he is teacher for musical analysis at the Bruckner-University Linz, since 2008 senior lecturer for harmony and counterpoint at the University of Music and Performing Arts Vienna.

“Setting off, going on, changing direction, not knowing where one will get to: my compositions originate from a curiosity for unknown paths. Models from architecture, geology, horticulture or linguistics have thus initiated compositional reflexion. In every moment of the musical process, these models are being examined on how they could be stratified, altered, confronted or extinguished in a meaningful way. Colouring and dramaturgy, as well as an openness for the unexpected, play an essential part.”