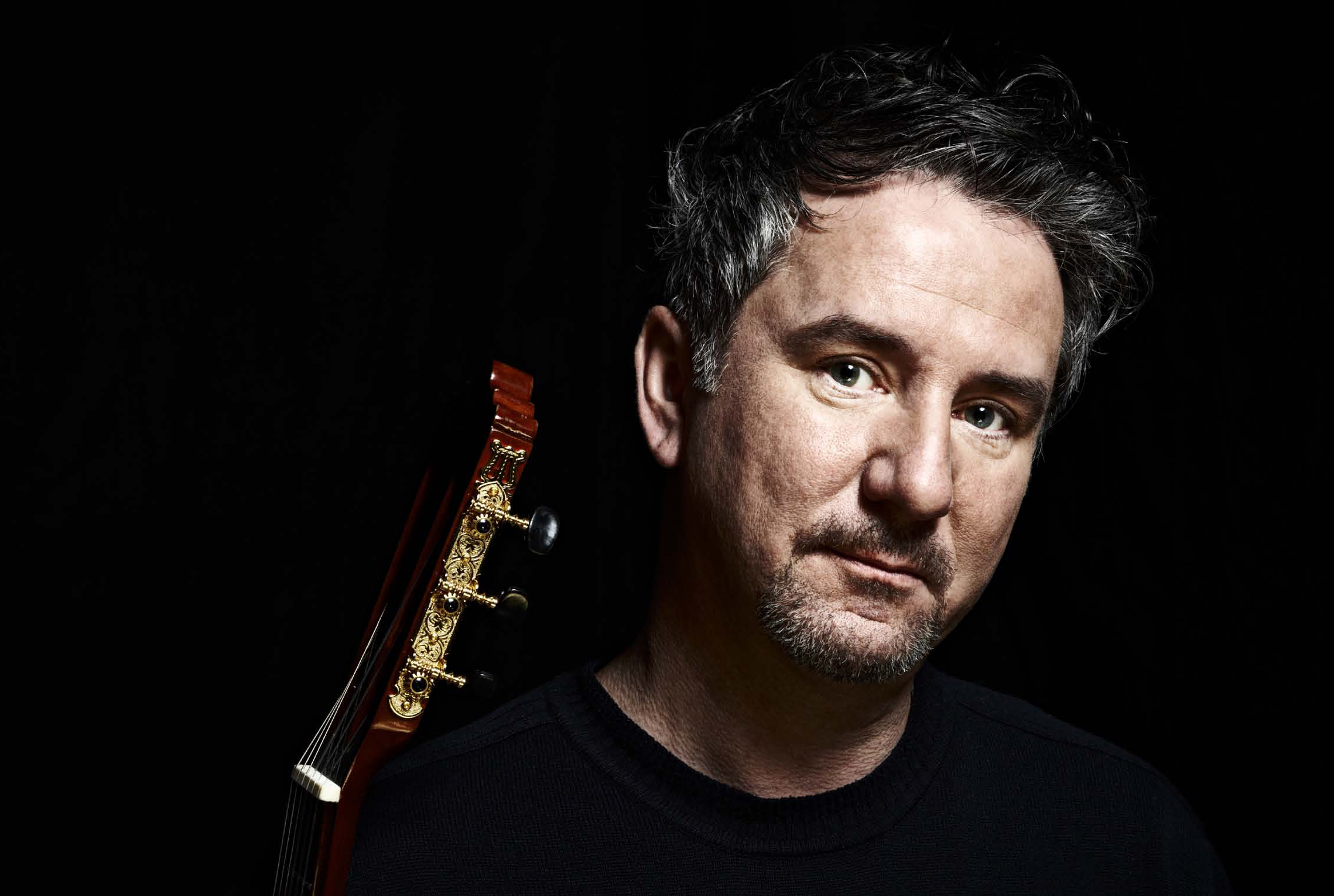 lives in Vienna and works as freelance guitarist, composer, author and radio presenter.

Through his complex arrangements of „Mercy, Mercy, Mercy“ and „Message in a Bottle“, belonging now to the standard repertoire, he catched worldwide attention. Also his composition „4 Miles 2 Davis“ has been played for long time by the dedicatee David Russell all over the world. He belongs to the pioneers of the so called „World Music“.

His breakthrough took place with a solo concert by Leo Browers International Guitar Festival Havanna, Kuba 1992, which was acclaimed with Standing Ovations. Since then, he gave concerts in the USA, Europe and Asia as Soloist, as well as with his Trio birds of vienna and with various Orchestras (z.B. RSO Wien) and gives master classes in various festivals such as Shanghai Guitar Society, Open Strings Festival Osnabrück, Cordoba Guitarfestival Spain, Jak-Jazz Jakarta, University of North Carolina, Wilmington, USA, Montreal Guitar Society, Canada etc…

His first Symphony „The Far Side Symphony“ was premièred in 2013 in Innsbruck by the Ensemble Innstrumenti and his most important project for Musictheater „The King Arthur Seance“ on 17.01.2016 in “Theater an der Wien” and got standing ovations. His compositions appear by Ama, Bosworth, Edition Margaux, Helbling Verlag and Stradivarius and are often interpreted by well-known guitarists in famous festivals such as Schleswig-Holstein Festival, Carinthischen Sommer, Brucknerhaus Linz, Echigo-Tsumari Triennale in Japan, Julliard School in New York.