(University for Music and Theater Leipzig) 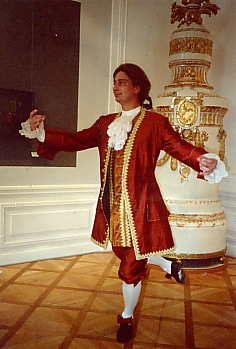 Mr. Mainz has co-authored four books on historical dance, including “Terrstepery, A Primer for Historical Dance.” His reconstruction of Beauchamp’s Sarabande was presented at a dance conference in London in 1996, and published in the Derra de Moroda Festschrift in 1997.

He has prepared a set of instructions for historical dances to accompany a piano method for children that has been published by Schott Verlag.