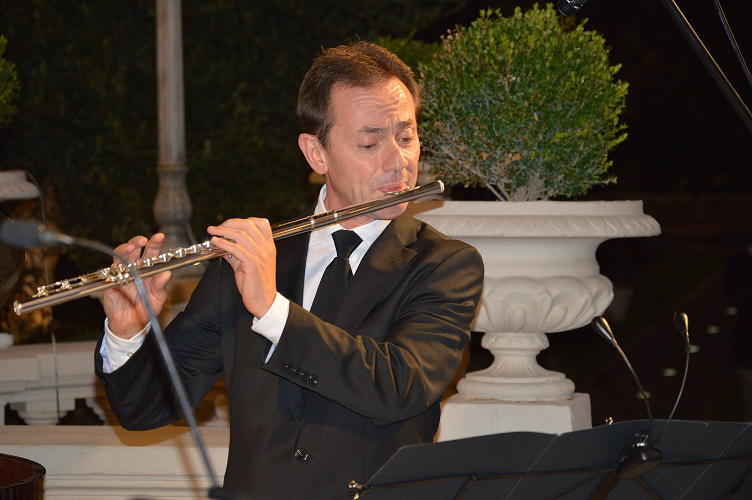 Born in Mantua, Luca graduated as a transverse flute player at the Conservatorio L. Campiani in Mantua under the guidance of Professor Anna Mancini. He then took further specialization courses (Corsi di Alto Perfezionamento Musicale) at the Accademia Chigiana in Siena dal M° Severino Gazzelloni and at the Accademia F.Liszt in Budapest, where he specialised in the flute literature of the 19th and 20th centuries.

He takes part in numerous concerts both in Italy and abroad and he often independently collaborates with many orchestras. Luca was invited to play at a few premieres at the Festival Mercadante di Altamura, at the Premio V.Bucchi and L.Tempesta in Rome in Campidoglio at the Palazzo del Quirinale where he played for the President of Italy.

He has also recorded albums where he plays musicians such as S.Mercadante, H.Hertz, A.Glazunov, T.Fortman for labels like Jupiter, Bongiovanni, Pentaphon and Phoenix. Some of these were recorded for the first time globally. Thanks to his commitment he has created several chamber music groups such as Arabesque Ensemble, group composed by different musicians and with whom he has been collaborating since 1993. He has also worked with Wonders Trio with soprano Wonsory and the Pianist Carlo Benatti, as well as the MantoQuartettPianoTrio with flute, clarinet, bassoon and piano with whom he plays anything from classical music to operettas, from soundtracks to popular songs by songwriters.

Luca plays first and second flute as well as piccolo in a few chamber orchestras and symphony orchestras with whom he plays opera and symphonic repertoires. He has also taught flute and chamber music courses in Postumia (Slovenia), Palmi, Como, Mantua, Pretoro, as well as in Ossiach (Austria). He is accredited to teach in schools and has worked in prestigious conservatories in Cagliari, Reggio Calabria and he is currently teaching in Conservatorio G. Verdi in Como.