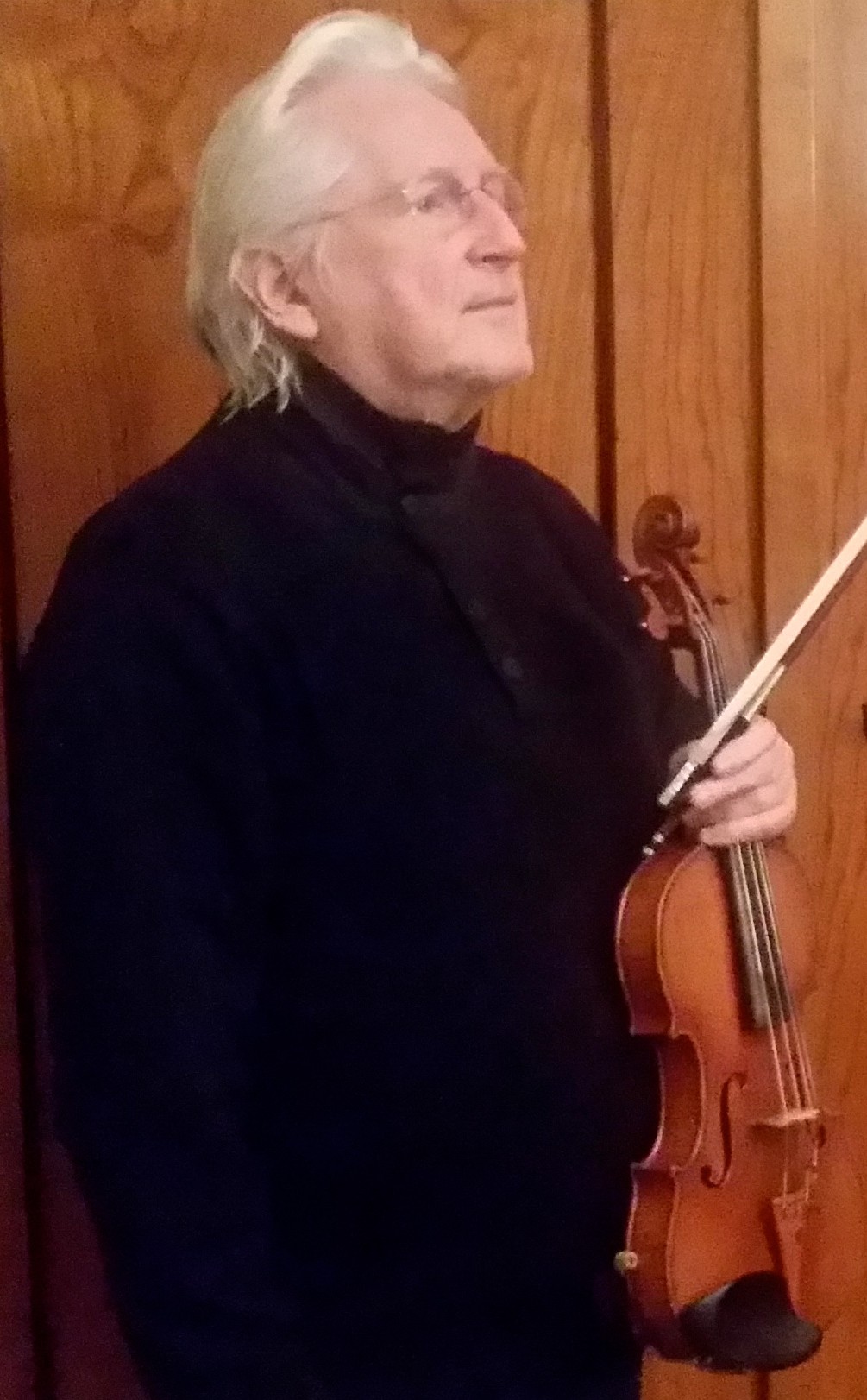 …grew up in a family of musicians and gave his first public concert at the age of ten.

He studied at the Music University „Franz Liszt“ in Weimar with Fritz Ehlers as well as at the Tschaikowsky – Conservatory in Moscow in the class of Igor Besrodny. Further studies in violin with Henryk Szeryng -with whom he also appeared as soloist- and in orchestra conducting with Heinz Rögner.

In his career as orchestra musician he lead as concert master prestigious orchestras such as the Staatskapelle Berlin, the Berlin Broadcasting Symphony Orchestra, the Berliner Sinfonie – Orchester (actually known as Konzerthausorchester Berlin) and the Super World Orchestra Tokyo.

Vaste experience as chamber musician, among others as 1st Violin of Brahms – Quartet, with which he gave concerts in several countries and released CD-recordings. He has also worked with famous musicians such as the pianists Annerose Schmidt, Rolf – Dieter Ahrens, Renate Schorler and Elisabeth Ginsburg. Numerous recordings as soloist and chamber musician for Broadcast as well as for CD-Productions .

He appeared as soloist with well known orchestras such as the Staatskapelle Berlin, the Gewandhausorchester Leipzig, the Berliner Sinfonie – Orchester, the Dresdner Philharmonie, and with internationally renown conductors such as Kurt Sanderling, Valerie Gerghiev, Otmar Suitner, Klaus Tennstedt, Herbert Kegel. As artistic director and soloist of the Berlin chamber orchestra, he appeared at all major music metropoles in the world, a.o. Musikverein Vienna, Carnegie Hall New York, Queen Elisabeth Hall and Barbican Hall London, Konzerthaus Berlin.

Heinz Schunk can proudly refer to a longlasting vaste teaching experience for more than 50 years now, as Associate Professor for Violin, in the last years (until 2008) at “Hanns Eisler” Music University in Berlin as well as that of a lecturer in master classes in Germany, South Corea and Japan.

He was decorated by the President of the Federal Republic of Germany with the Cross of the Order of Merit (Bundesverdienstkreuz am Bande).