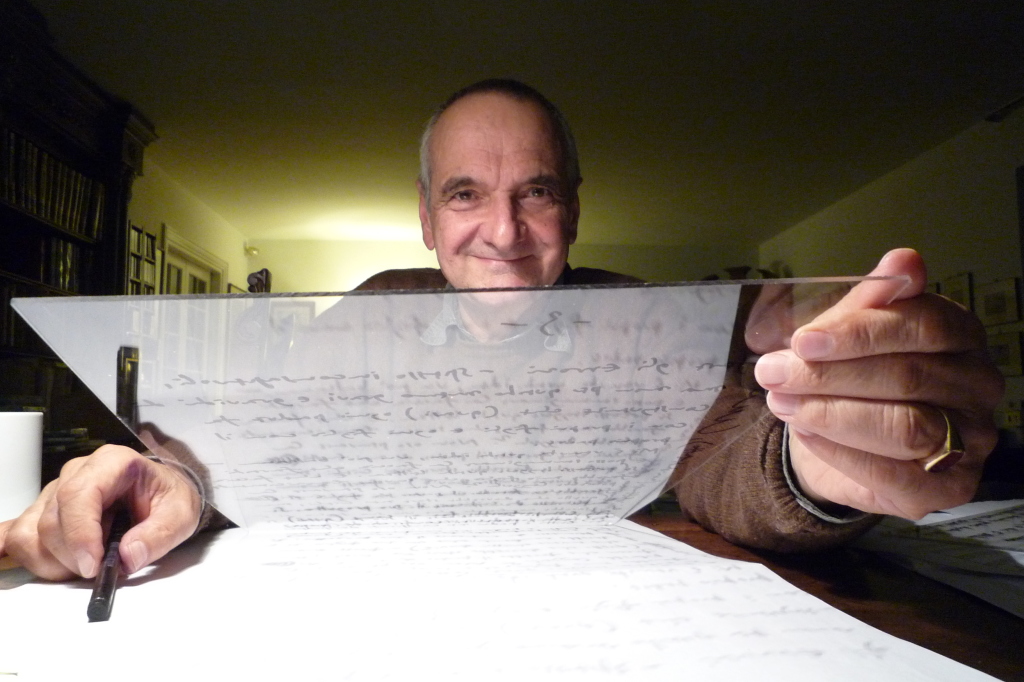 Luca Lombardi (Rome, December 24,1945) is one of internationally most known Italian composers.

After the baccalaureate at the German School in Rome, he studied composition in Rome, Vienna, Cologne and Berlin (among others with K. Stockhausen, B.A. Zimmermann, P. Dessau). At Rome University he earned a PhD in German Literature (“Lingua e Letteratura Tedesca”).

From 1973-1994 he was a professor of composition at the Conservatories of Pesaro and Milan, since then he is a freelance composer.
He composed around 160 works, including 4 operas (Faust. Un travestimento, 1991, Dmitri, 2000, Prospero, 2006, Il re nudo, 2009), 3 symphonies (1975, 1981, 1992), as well as numerous orchestral works and chamber music, with or without voices.
He got commissions from institutions like Ircam (Paris), several German Radios, the Swiss Radio, the Italian Radio, Wiener Festwochen (Vienna), The Opera Houses of Basel, Leipzig, Nuremberg, Rome, Milan (La Scala).
He was a Fellow of the Institute for Advanced Study in Berlin (1988/89, 1995), of the Hanse Institute for Advanced Study in Delmenhorst (1998/99, 2003/04, 2010, 2012), a guest of the “Berliner Kuenstlerprogramm des DAAD” (Berlin, 1997) and spent 2002 six months in Japan at an invitation of the Japan Foundation.
Together with an acoustical physicist and a musicologist, he published the treatise on orchestration,”Instrumentation in der Musik des 20. Jahrhunderts”, Celle, 1985.
A selection of his writings was published under the title Construction of Freedom (Baden-Baden, 2006).
The renowned German publication “Musik-Konzepte” published in 2014 a double issue with 8 essays on his music.
He is a member of the Academy of Arts in Berlin and of the Bavarian Academy of Fine Arts (Munich).
In 2015 he was awarded the Federal Cross of Merit (Bundesverdienstkreuz) from the President of Germany Joachim Gauck.
In 2008 he acquired the Israeli citizenship and since then he divides his time between Lake Albano (Rome) and Tel Aviv.