(University for Music and Arts, Graz) 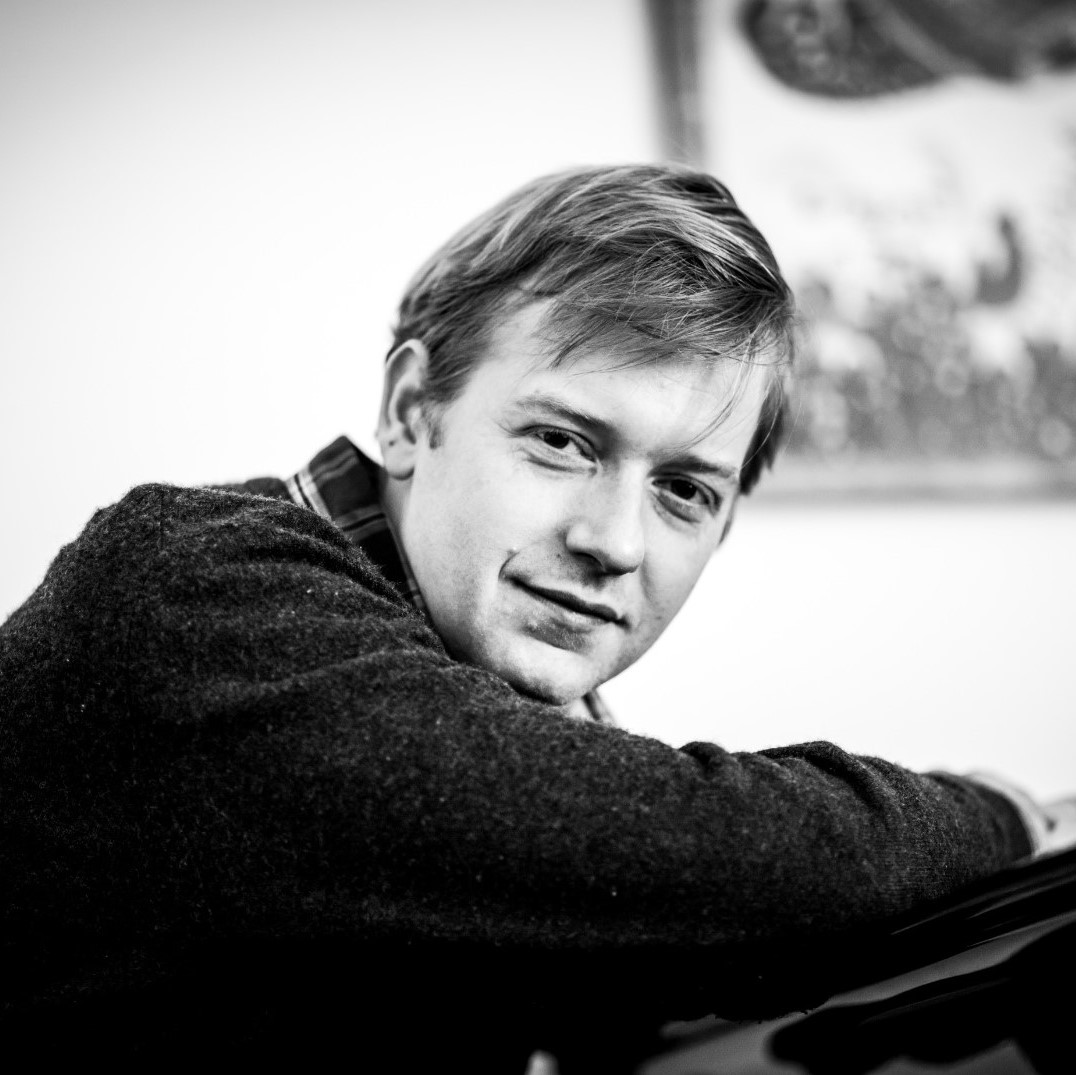 Christopher Devine (1982) is a pianist, conductor and composer,
and was born and raised in the Netherlands, from a German
mother and a Scottish father. He studied in Amsterdam,The Hague
and Vienna (where he has lived since 2006) with Marcel Baudet,
Jan Wijn and Stefan Vladar (piano), Theo Loevendie (composition)
and Georg Mark (conducting). His musical development was
further enriched by regular masterclasses with Leslie Howard,
Janina Fialkowska, Elisso Virsaladze en Maria João Pires.
As a pianist, Christopher Devine has been active worldwide for
over two decades. He is a winner of several international
competitions, which helped him earn performances in prominent
halls like the Concertgebouw Amsterdam, Palau de la Musica in
Barcelona, Carnegie Hall in New York, Rakhmaninov Hall in Moscow
and the Musikverein in Vienna. He has played as a soloist with
orchestras like the Residence Orchestra of The Hague, The
Orchestra of Gelderland and ‘l´Orquestra Simfònica del Vallès’ in
Spain. Since 2008 he is a member of the Gustav Mahler Piano
Quartet. Recently, Christopher Devine’s growing discography
comprises the complete works for piano solo by Debussy, issued in
a 5 CD box set by Piano Classics, which Gramophone described as
‘full of subtle thoughts, finely etched and very polished’.
Since 2017, Christopher Devine is principal conductor at the
‘Stadtchor und Philharmonie Klosterneuburg’ (Austria). Besides the
standard repertoire of, for example, Requiems by Mozart, Verdi
and Brahms, they have also performed world premieres by Sir Karl
Jenkins and Franz J. Mach in the past three seasons. This April,
Haydn’s ‘Creation’ is on the programme.
Apart from being an interpreter Christopher Devine is also known
for his work as a composer. In 2001 his work ‘Mirkwood Music’
was performed in the ‘Beurs van Berlage’ (Amsterdam) by the
Dutch Chamber Orchestra, with Ernst van Tiel conducting. In
2011, he wrote and conducted the music to the Viennese film by
Robert Herzl: “der verlorene Atem”, which was premiered in
January 2013. He also regularly performs his works for solo piano.
Christopher Devine also holds a post as Senior Lecturer at the
University for Music and performing Arts Graz since 2013. He is
married to pianist Mehrdokht Manavi, and they have two daughters
together, Aryana and Elinor.